Erik Ainge played for NFL football team the New York Jets. He has a Wonderlic test score of 22. He attended Glencoe High School in Oregon. He played football, basketball and baseball. He was named Oregon Gatorade Player of the Year in 2003. He also played football in college. He played in the 2007 Outback Bowl. He had an operation to repair a torn meniscus in 2007. He was a 2008 Outback Bowl MVP. He was chosen by the New York Jets in the fifth round of the 2008 NFL draft. In 2008, he was suspended by the NFL for four games because of the use of painkillers. In 2010, he attended a drug treatment center. He announced his retirement in 2011. 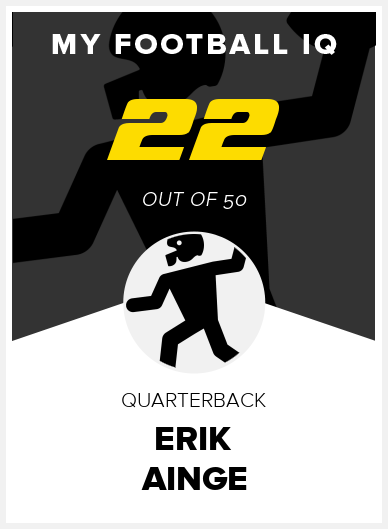