Duane Clemons is a former football player. He played the position of defensive end. He finished his NFL career with 49.5 sacks and 337 tackles. He played college football at the University of California. He was a first round draft pick in 1996 and was drafted by the Minnesota Vikings. He played for them through 1999. He played for the Kansas City Chiefs from 2000 to 2002. From 2003 until 2005, he played for the Cincinnati Bengals. He signed with the Canadian Football League team the Toronto Argonauts in 2008. He has a Wonderlic test score of 20. He now works with the MidAmerica Nazarene University Pioneers as a defensive line coach. 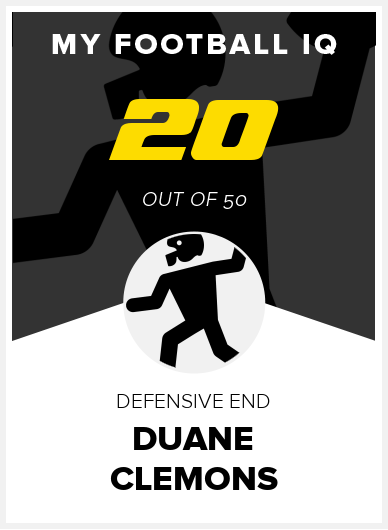