Georgia born and bred, Reggie Brown attended the University of Georgia to play his college ball. During his senior season, he distinguished himself with 860 yards and six touchdowns on 53 receptions. In 2005, he entered the NFL draft with Wonderlic Test Score of 22. Brown was drafted by the Philadelphia Eagles and joined a receiver corps that included Terrell Owens. During the course of five seasons with the Eagles, Brown gathered 177 catches, 17 touchdowns and more than 2,500 yards. Traded to the Tampa Bay Buccaneers in 2010, Brown never again made a team's regular season roster. 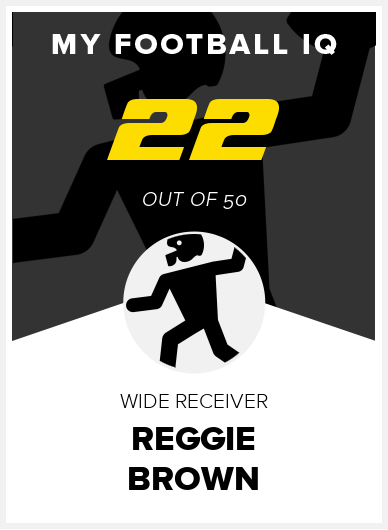