He had a great career, but not a great score for his Wonderlic Test. Former Green Bay Packers quarterback Brett Favre had a 22 for a Wonderlic Test Score. After a successful career at Southern Miss and a very brief stint with the Atlanta Falcons, Favre went to Green Bay and solidified his legend. He led the Packers to two NFC Championships and victory in Super Bowl XXXI. Favre was the NFL MVP three times and was selected to 11 Pro Bowls. For his career, he threw for 71,838 yards and 508 touchdowns. Along with having his number 4 retired by the Packers, Favre was elected to the Football Hall of Fame in 2016. 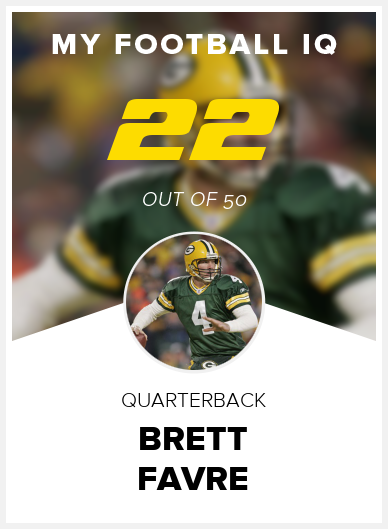