Scrappy Tyler Palko stuck to his NFL ambitions and managed to make the roster of three different teams in a career during which he had plenty of chances to call it a night. After entering the league with a Wonderlic Test Score of 18, Palko was a backup quarterback for the New Orleans Saints. He never took the field and soon found himself out of the league for the 2008 season. After bouncing around practice squads of teams in three different professional football leagues, Palko returned to the NFL as a Pittsburgh Steeler. Finally, he made it onto the field during an NFL game as a Kansas City Chief in 2010. After 2011, Palko hung up his cleats. 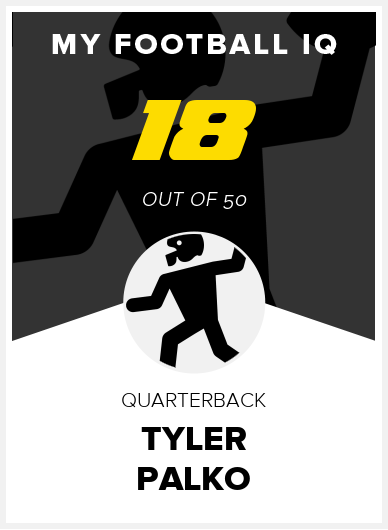