Born in Duncan, South Carolina, Marcus Lattimore went on to be a star running back at the University of South Carolina. He left there in 2013 with a Wonderlic Test Score of 18. His on-field accolades include second-team All-American status in 2010. When he entered the NFL draft in 2013, he seemed to have a legitimate chance at a successful NFL career. The San Francisco 49ers drafted him in the fourth round and gave him a $300,000 signing bonus. Alas, he was placed on the team's injured reserve list before the start of the season. A little over one year later, he retired from professional football without ever playing a down in the NFL. 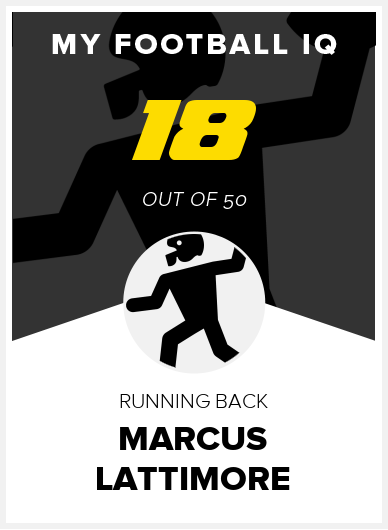