Quarterback Andrew Hall was drafted in 2004 by the Philadelphia Eagles. He started his college career at Georgia Tech before transferring to the University of Delaware. He was then sent to the Rhein Fire of NFL Europe by the team. After spending a year in Europe, he started playing arena football at Las Vegas before transferring to Nashville. He finished his career in Austin, Texas, where he was named to the All-Arena League Team. His Wonderlic Test Score was 20 which is exactly average for NFL players. 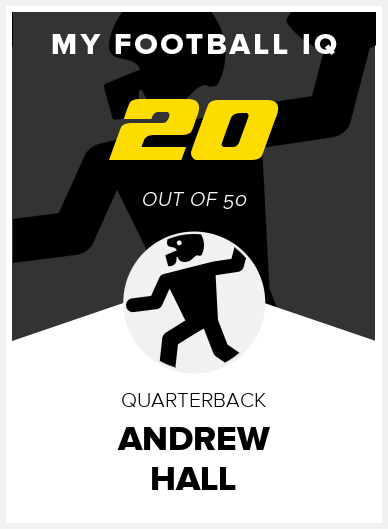