Marcus Martin is a professional football player. He currently plays the center position and has a Wonderlic Test Score of 20. Martin was born on November 29, 1993 in Los Angeles, California. He attended Crenshaw High School and was named an an All Offensive Lineman of the Year and Los Angeles Times All-Star during his senior year at Crenshaw High. After high school, Martin played college football for the University of Southern California. He initially played the left guard position, but was eventually moved to the center position. After playing college football, Martin entered the 2014 National Football League Draft. He was drafted by the San Francisco 49ers as the 70th overall pick. Martin is currently still a member of the San Francisco 49ers. 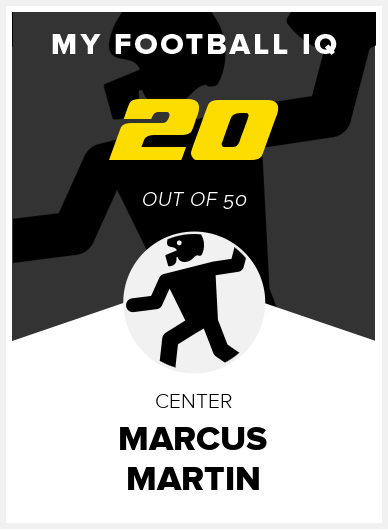