Terry Bradshaw is regarded as one of the greatest players in NFL History, notable for his league leading four Superbowl victories throughout his 14-year career. Bradshaw played all 14 seasons for the Pittsburgh Steelers, and accumulated nearly 28,000 yards and 212 passing touchdowns. Bradshaw played quarterback for Louisiana Tech, and although was greatly successful, only had a wonderlic test score of 16 out of a possible 50. His only substantial career stat that could reflect his poor test score would be his 210 interceptions and 307 times he was sacked. This score did not reflect well on his performance as he was inducted into the Professional Football Hall of Fame in 1989. 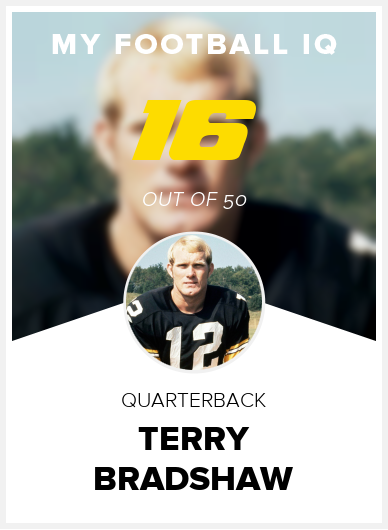