Initially a redshirt quarterback for Virginia Tech, Logan Thomas went on to a solid college career with an ACC championship (2010) and elected 2nd team All ACC (2011). He performed well at the NFL combine and achieved a Wonderlic Test Score of 29. Thomas was drafted in the 4th round of the 2014 NFL Draft by the Arizona Cardinals. His first and only NFL pass was for an 81 yard touchdown. He was released by the Cardinal and subsequently claimed off waivers by the Miami Dolphins in 2015. 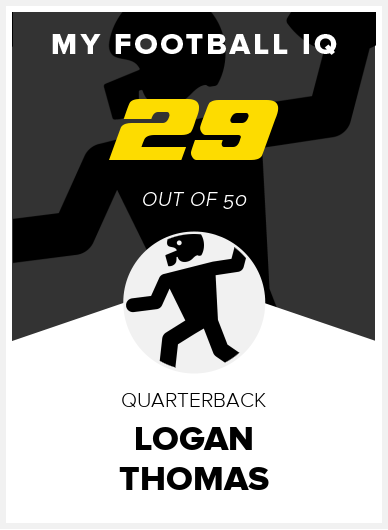