Matt Schaub is currently a professional quarterback in the NFL playing for the Atlanta Falcons. Schaub has aged for a few different teams including the Atlanta Falcons, Houston Texans, Oakland Raiders, and Baltimore Ravens. Schaub was drafted in the third round of the 2004 NFL Draft by the Falcons, who were impressed by his success in college and strong NFL Combine results, which included an impressive 31 Wonderlic test score. 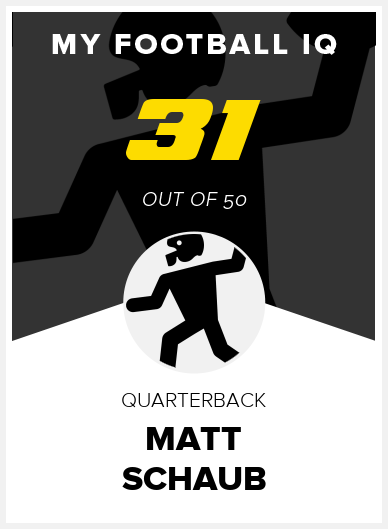