Quarterback Rick Mirer grew up in Goshen, IN, and was a natural to play for Notre Dame. He led his alma mater to a victory in the Cotton Bowl at the end of his senior season. With that win, nearly 6,000 passing yards and a Wonderlic Test Score of 31, Mirer was an obvious high draft pick for the Seattle Seahawks. In his rookie season, Mirer started all of his team's games. Despite a quality first season in which he almost won Rookie Of The Year honors, the remainder of Mirer's tenure with Seattle was a struggle. He bounced around several teams before leaving football when he could not make a roster in 2014. Mirer passed for 50 touchdowns. 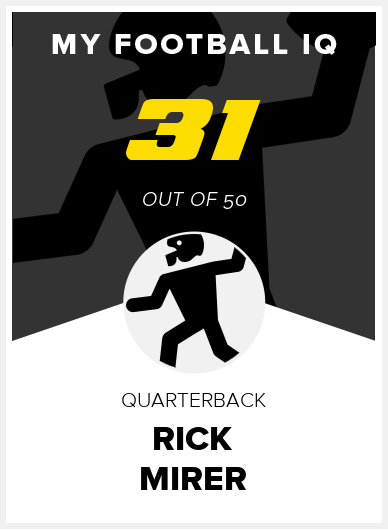