JP Losman is a retired NFL Quarterback who played primarily for the Buffalo Bills. Losman had a Wonderlic Test Score of 31. Losman played his college football at Tulane and was drafted in the first round of the 2004 NFL Draft. For his NFL Career, Losman threw for 6,271 yards, 33 touchdowns, and 34 interceptions. In between stints in the NFL Losman played for the Las Vegas Locomotives of the UFL. Losman guided the Locomotives to the UFL Championship in his lone season with the team. 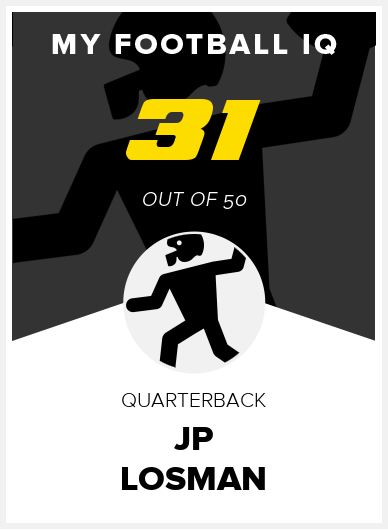