Charlie Whitehurst is a professional football player that has been in the NFL for 10 seasons. He was initially drafted in the third round of the 2006 NFL Draft by the San Diego Chargers, with whom he has spent five of his ten seasons. Whitehurst has also spent time with the Seattle Seahawks, Tennessee Titans, and Indianapolis Colts.

Whitehurst was a very successful college quarterback when he starred at Clemson University. While in college he was named second team All-ACC and led Clemson and left as one of the schoolês all-time passing leaders. Whitehurst also had a good showing at the NFL combine, which included getting a Wonderlic test score of 33, which was one of the highest scores for quarterbacks. 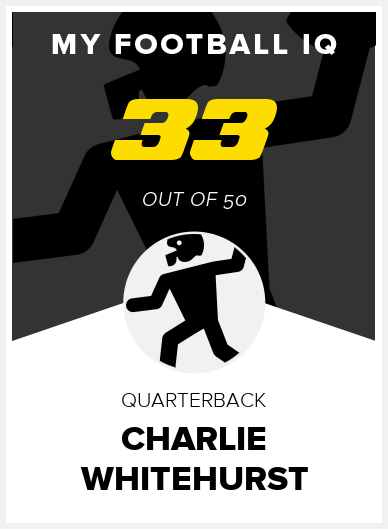