Matt Leinart was an NFL Quarterback, primarily with the Arizona Cardinals. A first round draft pick out of the University of Southern California, Leinart had a Wonderlic Test Score of 35 out of 50. Unfortunately, Leinart could never really translate his Wonderlic Test Score nor his college success to the NFL. Shortly after being named the starting quarterback for the Cardinals, Leinart lost his starting job to Kurt Warner. Warner, ultimately took the Cardinals to their first and only Super Bowl appearance. 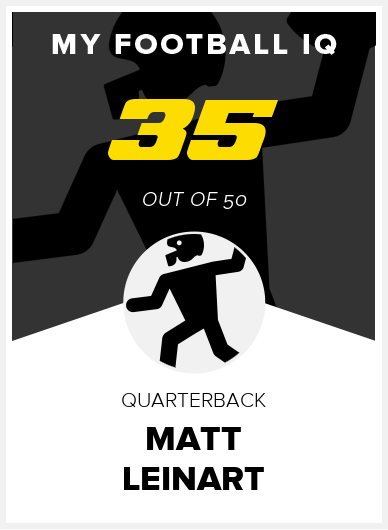