Drew Stanton attended college at Michigan State University from 2003 to 2006. Stanton played in 45 NCAA games, throwing 543 completions from 846 passes and totaling 6,524 passing yards. Surprisingly, Stanton even caught a touchdown pass in 2004. Stanton shined in the 2007 NFL Combine, earning a Wonderlic test score of 35. The Detroit Lions drafted him in 2007 as the 43rd overall pick, holding him until 2011. He played on the New York Jets practice squad for part of 2012, only to be signed by the Colts months later. Stanton is currently the 2nd-string quarterback for the Arizona Cardinals, a position held since his signing in 2013. 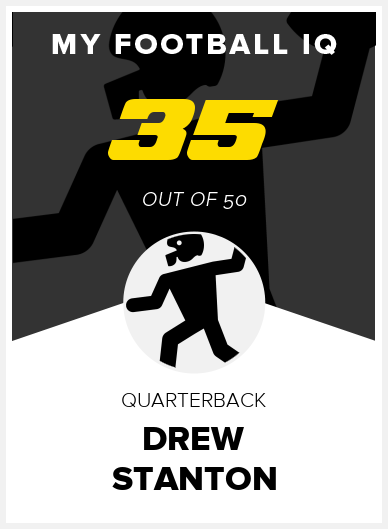