John Michaels is a former professional football player who has a Wonderlic Test Score of 35. Michaels was born on March 19, 1973, in La Jolla, California. he played high school football for La Jolla High School. He excelled in football, track, and basketball. He is considered to be one of the all time best football players in the San Diego area. Following his graduation from high school, Michaels attended the University of Southern California. He help his team win the 1996 Rose Bowl against Northwestern University. Following his career at the University of Southern California, Michaels entered the 1996 National Football Draft where he was picked by the Green Bay Packers as the 27th overall draft pick. Michael played a few season with Green Bay before he was traded to the Philadelphia Eagles. 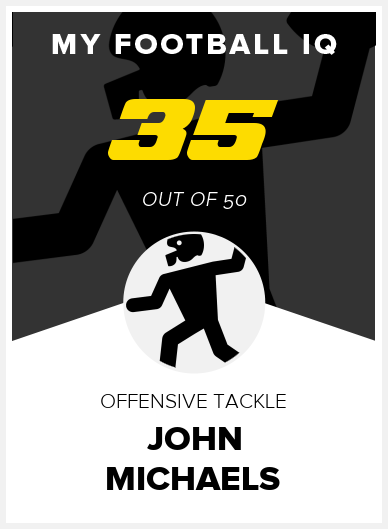