Jonathan Ogden was a very successful professional football player that played for the Baltimore Ravens for 12 seasons from 1996 until 2007. In that time period he was named to the NFL Pro Bowl 11 times and was named to an All-Pro team nine times. Ogden was enshrined in the NFL Football Hall of Fame in 2013 and is widely considered one of the best offensive tackles of all time.

Ogden was equally successful in college when he played for UCLA. Ogden also had an impressive performance at the NFL Combine, which included getting a Wonderlic test score of 35. Due to his success in college and in the combine, Ogden ended up being drafted fourth overall in the 1996 NFL Draft. 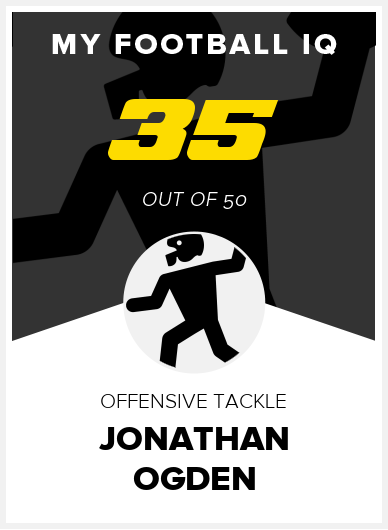