Le'Veon Bell is a running back in the national football league, whose star power is rising after a few breakout seasons for the Pittsburgh Steelers. Bell is entering his 4th season in the league, drafted by the Steelers back in 2013 in the 2nd round with the 48th pick by the Steelers out of Michigan State. Bell was considered an average player in college and in the draft with a 17 on his wonderlic test score, but broke out of the gates in his rooking year with 860 rushing yards and 9 touchdowns, then surpassing that mark the following year with 1361 yards and another 9 touchdowns. He is considered a threat for his ability to also catch and run. 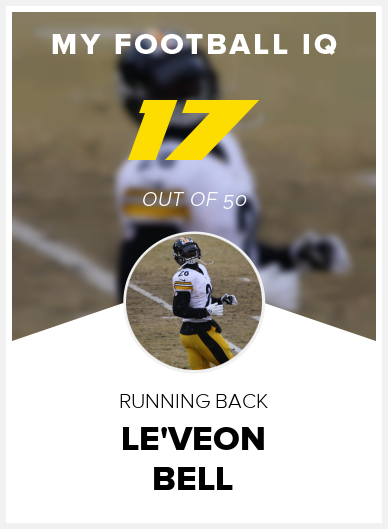