Leonard Fournette, the LSU running back considered by many to be a prime pick for the 2017 NFL draft, proved that while he might be phenom on the field, he's less than spectacular at a desk. Fournette recently scored an 11 out of 50 on his Wonderlic test, an intelligence test administered to all incoming draft prospects. While the test isn't always correlated with a player's success on the field, it often plays a big role in the draft order of players expected to have a high football IQ, such as quarterbacks and running backs. 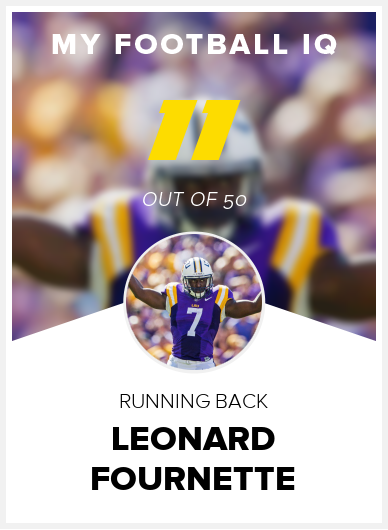