Ra'Shede Hageman is a professional football player. Hangman plays the defensive tackle position and has a Wonderlic Test Score of 13. Hangman was born on August 8, 1990 in Lansing, Michigan. He played high school football for Washburn High School in Minneapolis, Minnesota. After high school Hangmen played college football for the University of Minnesota. During college he was named a Third-team All-American by the AP. He was also named a First-team All-Big Ten college player. After college Hageman entered the 2014 National Football League Draft. He was drafted by the Atlanta Falcons as the 37th overall pick. Hangman is currently an active member of the Atlanta Falcons team. As of the 2015 season, Hageman has a total of 45 tackles. 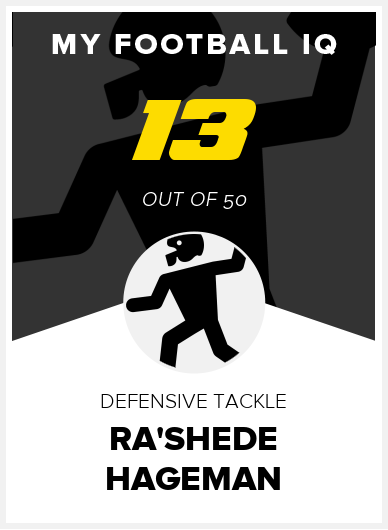