He was a first round draft pick, but had a low Wonderlic Test Score. Defensive End Simeon Rice ended up with a score of 13 on his Wonderlic Test. While it is almost at what is considered the danger zone for the test (a score below 12), it did not hamper Rice's career. He played from 1996-2007, the majority of that time with the Arizona Cardinals and the Tampa Bay Buccaneers. He was named the NFL's Defensive Rookie of the Year and helped the Bucs win Super Bowl XXXVII. Rice played his college ball at Illinois and ended up with 475 tackles and 122 sacks for his career. 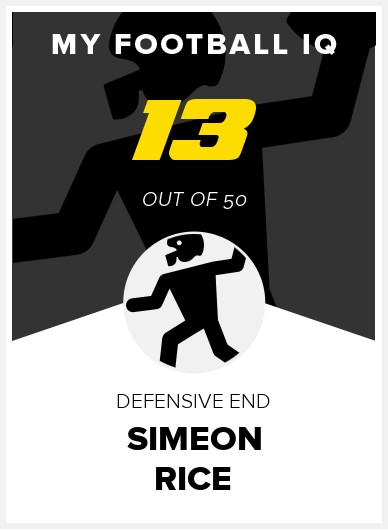