Pittsburgh, Pennsylvania's Rasheed Marshall played his college football for West Virginia University, where he was a quarterback and was named Big East Offensive Player of the Year in 1994. With a Wonderlic Test Score of 13, Marshall entered the 2005 NFL draft. He was selected by the San Francisco 49ers, for whom he played as a wide receiver and kick-return specialist for two seasons. After 2006, he never made an NFL team's game day roster. He played one successful season for the Columbus Destroyers of the Arena Football League before hanging up his helmet. 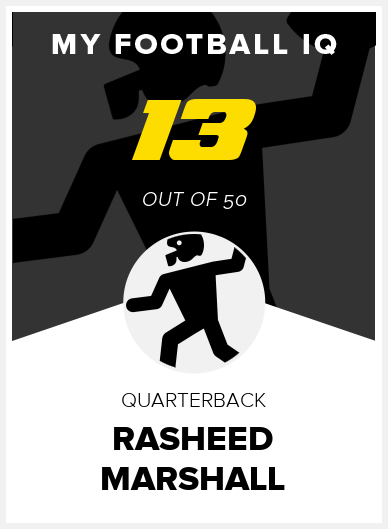