Keyshawn Johnson is a former NFL Wide Receiver who played for 11 seasons for 4 different teams. Johnson was drafted by the New York Jets in 1996 as the number one overall pick out of the University of Southern California. Johnson's career was highlighted with a victory in Superbowl 36 after the 2001 season with the Tampa Bay Buccaneers, and also played two seasons with the Dallas Cowboys and one season with the Carolina Panthers before his retirement in 2006. Johnson amassed an amazing 814 catches for 10,571 total receiving yards with 64 touchdown receptions in just 11 seasons. Johnson's career though successful, defied his results on the Wonderlic test score, scoring only 11 out of a possible 50. 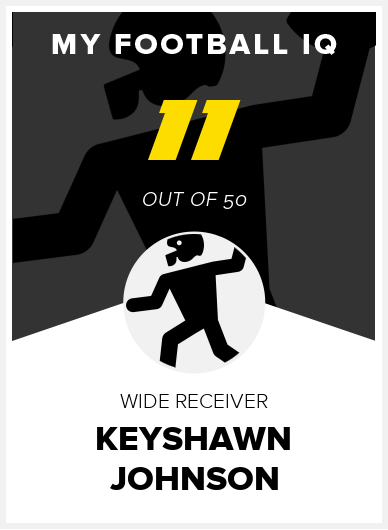