Lamarcus Joyner is a American football player who was born in Miami, Florida. His wonderlic test score was 13. Joyner was a football star throughout high school and college. Joyner graduated from Aquinas High School located in Fort Lauderdale. After graduating, Joyner went to Florida State and was drafted to the NFL in 2014. He was selected by the St. Louis Rams as their 41st pick in the second round and is current active on the roster presently. Lamarcus Joyner jersey number is 20 and he plays the Safety position. Joyner stats includes 102 tackles, 7 pass deflections and 3.0 sacks. He also has many highlights and award receiveds from high school into his NFL career. His awards includes USA Today High School All-American 2009, Second-team All-ACC (2011)First-team All-ACC (2012, 2013)Consensus All-American (2013) ACC Champion (2012, 2013)BCS National Champion (2014). 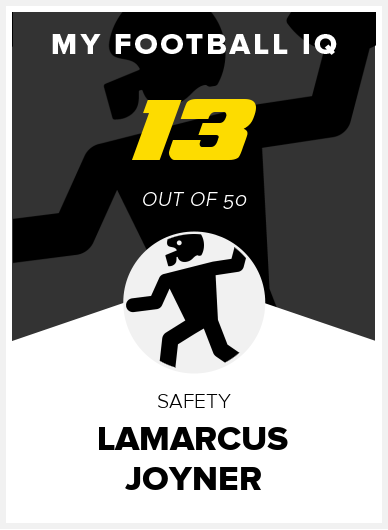