Terry Glenn attended college at The Ohio State University from 1993 to 1995, with his final season being one to brag about: 64 receptions, 1,411 yards, and 17 touchdowns. In 1995, Glenn earned the honor of Consensus All-American, the highest available ranking given to college football players. In preparation for the NFL Combine, Terry earned a Wonderlic test score of 15. Despite the low score, his resume stood out to the New England Patriots, who drafted Terry Glenn seventh overall in the 1996 NFL Draft. Glenn totaled 8,823 yards from 593 receptions during his eleven-year career, 44 going for touchdowns. 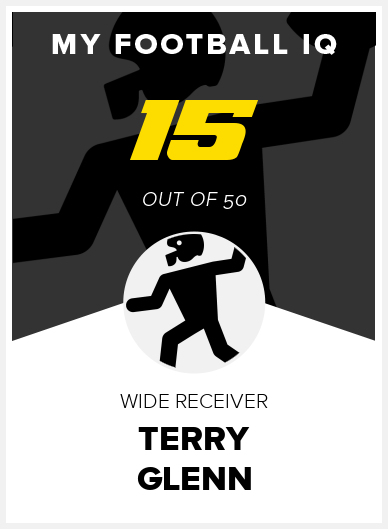