Deone Bucannon plays football for the Arizona Cardinals as an inside linebacker. He is player number 20. He played football in high school in his hometown of Fairfield, California. In his senior year, he had four sacks and 107 tackles. He received the SCAC Defensive Player award. He played college football for Washington State University. While there, he received All-PAC 12 First-Team and AP All-American First-Team. He had 384 total tackles in college. He was chosen in the NFL 2014 draft in the first round. He was selected by the Arizona Cardinals. He has had five sacks and 195 tackles in the NFL. He has a Wonderlic test score of 15. 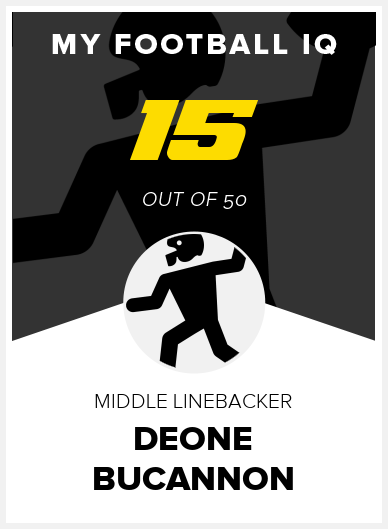