Aaron Brooks played his college football as a quarterback of the Virginia Cavaliers during the 1997 and 1998 seasons. After graduating from Virginia, Brooks was offered a chance to take part in the 1998 NFL combine where he, as well as other potential NFL rookies received their Wonderlic Test Score. While Brooks didn't do particularly well, scoring just a 17 on the test, he did have a rather successful NFL career.

Brooks started his career with the Green Bay Packers in 1999, but in 2000 he moved to the New Orleans Saints and eventually took over the starting QB job. 2002 was easily his best season as a pro where he led the NFL in passing toucdowns with more than 30 TDs. 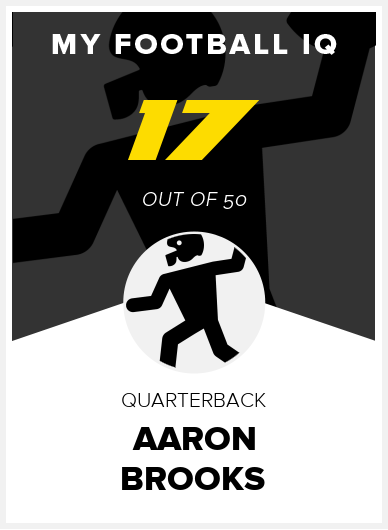