HaSean Clinton-Dix plays the position of free safety in the NFL team the Green Bay Packers. He wears jersey number 21. He grew up in Florida where he played high school football. He lettered in football, track and basketball. He played college football in Alabama. He was suspended from two games for unknown reasons. In 2014, he was drafted by the Green Bay Packers in the NFL draft. He was chosen in the first round and was the 21st player selected. He was named SEC Champion in 2012, BCS National Champion in 2012 and 2013 and Consensus All-American in 2013. His Wonderlic test score is 15. 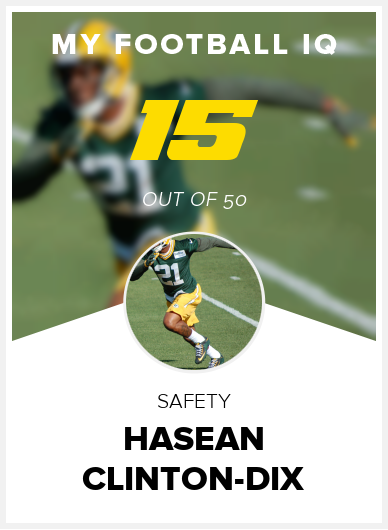