Born in Jamaica, quarterback Rohan Davey has gone places in life. After his family immigrated to Florida, he played his high school football for Hialeah-Miami Lakes. From there, he garnered a scholarship at Louisiana State University. Davey was drafted in 2002 by the New England Patriots. His Wonderlic Test Score was 17. As a backup to Tom Brady, Davey acquired two Super Bowl rings. Due to his position behind one of the game's all-time greats, Davey did not see many NFL downs. He did play a few years in the Arena Football League, where he threw 91 touchdowns versus only 36 interceptions. After four years in retirement, Davey played one season for the San Antonio Talons in 2013. 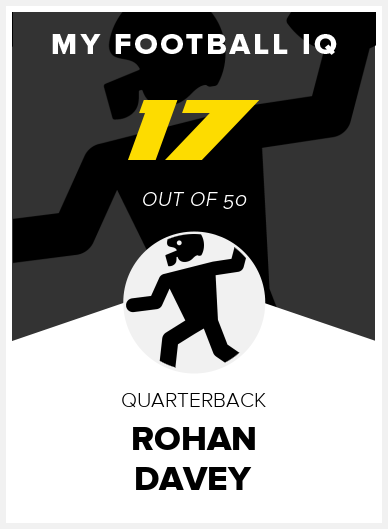