Eddie Lacy is one of the Alabama Crimson Tide's all-time best running backs. In his three years at the University of Alabama at Birmingham, Lacy contributed 2,402 rushing yards and 30 touchdowns towards three national championships. He also caught 35 passes for 338 yards and 2 touchdowns. Eddie Lacy declared for the NFL Draft in 2013. He earned a Wonderlic test score of 17 at the 2013 NFL Combine, drafted by the Green Bay Packers at 61st overall. Lacy has since been elected to a Pro Bowl, named a second-team All-Pro, and earned numerous Rookie of the Year awards. 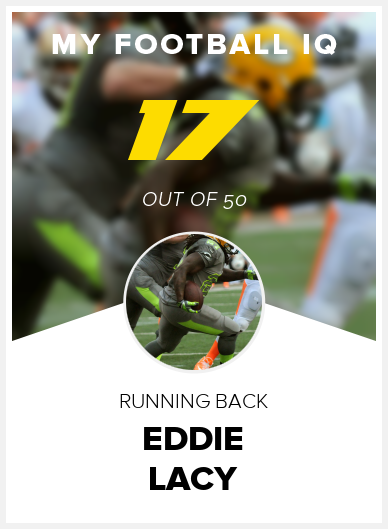