AJ Feeley played football with several NFL teams as a quarterback. He grew up in Ontario, Oregon, where he played high school football and scored a total of 59 touchdowns. He played college football in Oregon as well. In the fifth round of the NFL draft in 2001, he was chosen by the Philadelphia Eagles. In 2004, he joined the Miami Dolphins through a trade. In 2005, the Dolphins traded him to the San Diego Chargers. He signed again with the Eagles in 2006. In 2009, he joined the Carolina Panthers, and in 2010, he moved to the St. Louis Rams team. He played with them until 2011. AJ has a Wonderlic test score of 19. 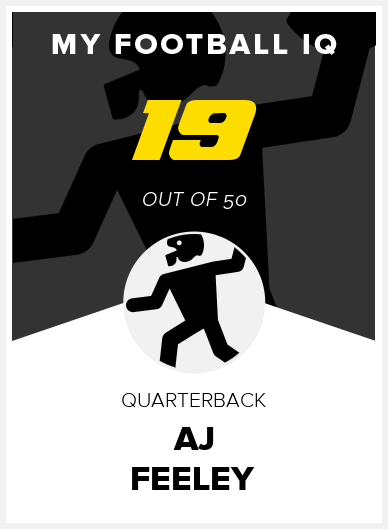