Dri Archer plays football for the New York Jets. He has played the positions of running back and return specialist. He played college football at Kent State University. During the NFL draft in 2014, he ran the 40-yard dash in 4.26 seconds in the NFL Scouting Combine. That is the second fastest time since the NFL began timing this. He was drafted by the Pittsburgh Steelers and played for them through 2015. He signed with the New York Jets in 2016. He has a Wonderlic test score of 19. He was MAC Special Teams Player of the Year in 2012 and Consensus All-American in 2012. 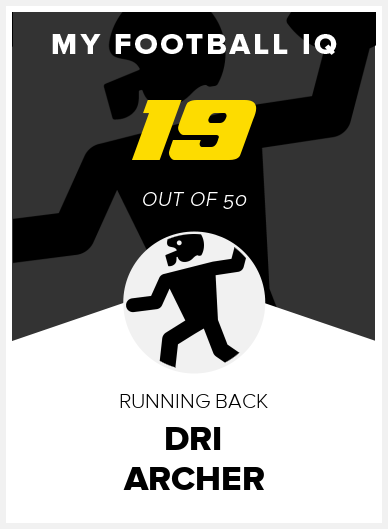