Kevin Kolb is a former professional quarterback that spent 7 seasons in the NFL playing for the Philadelphia Eagles, Arizona Cardinals, and Buffalo Bills. Kola was a highly recruited and sought after player and was drafted in the second round of the 2007 NFL Draft. Kolb had a significant amount of success in college while winning a number of different awards. He also had a very productive NFL combine, which included getting a Wonderlic test score of 28. 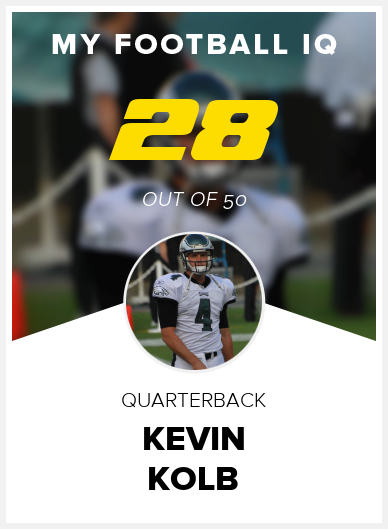