An Ohio native, Ricky Stanzi played his college football as Iowa's quarterback. He started three seasons at Iowa and won bowl games at the end of all three. With a Wonderlic Test Score of 30, Stanzi was drafted by the Kansas City Chiefs in 2011. In two seasons with the Chiefs, Stanzi did not play a down in a regular season game. The same goes for his 2013 season with the Jacksonville Jaguars. Stanzi also found practice-squad work with multiple NFL teams as he sought to prolong his professional football experience. 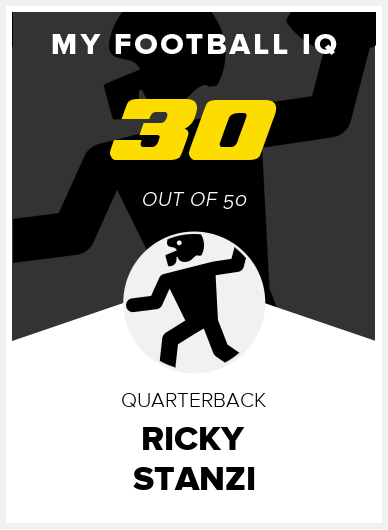