Quincy Carter's career has had no shortage of colorful events. He has made many stops in his professional football journey, which began after he was a star quarterback at the University of Georgia. After the Bulldogs, Carter matriculated to the NFL with a Wonderlic Test Score of 30. He selected in the 2001 draft by the Dallas Cowboys. In three seasons with the Cowboys and two with the New York Jets, Carter amassed 32 touchdowns, 37 interceptions and over 6,000 yards. His quarterback rating was 158.3. After 2005, he played for several teams in the US and Canada, including the Corpus Christi Fury of the American Indoor Football league after a six-year break from the football field. 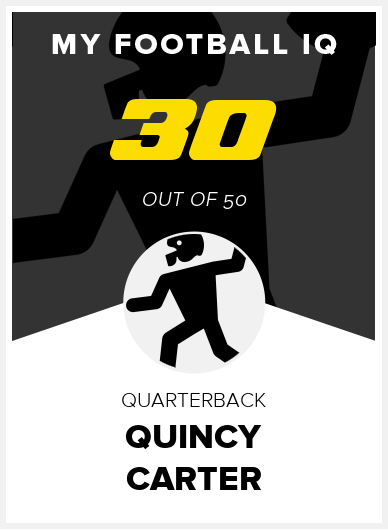