His score was good on the Wonderlic Test, but Josh Haldi's NFL career never got of the ground. Despite achieving a Wonderlic Test score of 30, Haldi went undrafted. He was signed as a free agent in 2005 with the Cincinnati Bengals, but was released before the season began. He never played a single down in the NFL. He did prove a capable quarterback while playing for Northern Illinois from 2001-2004. Haldi threw for 6,015 yards and 55 touchdowns in his career with the Huskies, and led them to a 34-21 win over Troy in the 2004 Silicon Valley Bowl. 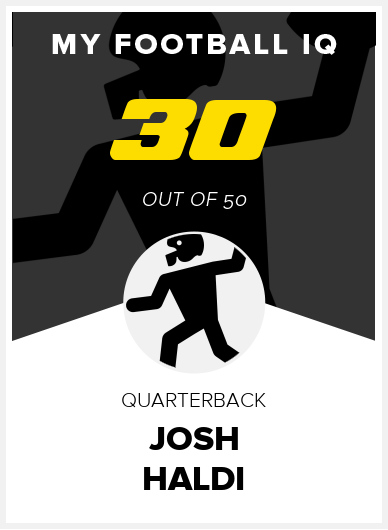