Born in Sydney, Australia on January 18, 1992, David Famiyekiyi Yankey went on to score an impressive 30 on his Wonderlic Test Score. After playing college football for the Stanford Cardinals as number 54 offensive lineman, David Yankey moved into the big-time. Winning the prestigious Morris Trophy in 2012, and two-time Consensus All-American for both 2012 and 2013. Going on to also garner the Pac-12 Champion in 2012 and 2013. Yankey was drafted by the Minnesota Vikings in the fifth round and 145th overall in the 2014 NFL draft. Yankey played as #66 guard for the Vikings. But David Yankey's success is continuing still. On January 12,2016 he was signed to the prominent Carolina Panthers with a futures contract. 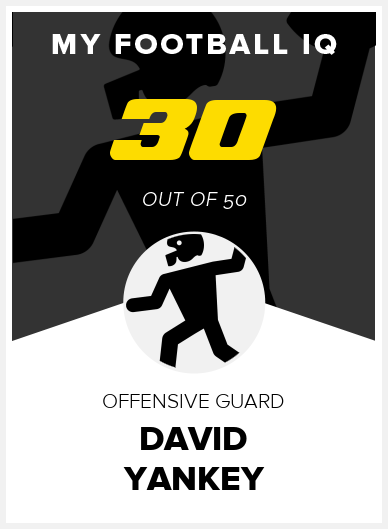