Justin Gilbert is a American Football Player. According to Wonderlic Test Scores, Justin Gilbert has a score of 14. He attended college at Oklahoma University, where he amassed quite a bit of recognition, and notoriety.
He entered the 2014 NFL draft as a top prospect and was selected as the 8th pick in the first round by the Cleveland Browns. He signed a contract worth 12.83 million dollars for 4 years. After a slow rookie season to start, where he missed two games due to injury, Gilbert finally got his break in week 14. His teammate and fellow defensive back got injured allowing him to end the game with four tackles, and one interception returned for a touchdown. 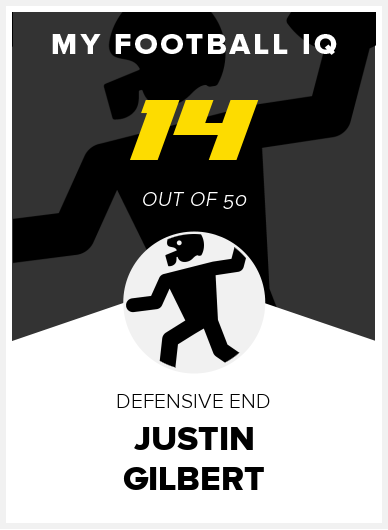