After growing up in California, wide receiver Jalen Saunders began his college career at Fresno State. After two seasons in Fresno, Saunders transferred to Oklahoma. In Norman, Saunders was a hit. In his senior season, he garnered All-Big 12 honors. He also picked up eight touchdowns, more than 700 yards and 61 receptions. Saunders capped off that season by leading the Sooners to a win over Alabama in the Sugar Bowl. Holding a Wonderlic Test Score of 16, Saunders was drafted by the New York Jets in 2014. He played in three games before being released. Saunders subsequently pursued his professional football dreams via a succession of several franchises' practice squads. 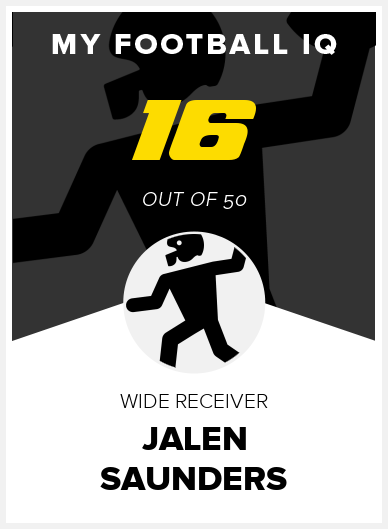