Joe Hamilton is a retired professional football player. Hamilton has a Wonderlic Test Score of 18. Hamilton was born on March 13, 1977, in Alvin, South Carolina. Joe played high school football at Macedonia High School. After graduating from high school, Joe Hamilton attended Georgia Institute of Technology where he was a member of the Yellow Jackets football team. Hamilton won numerous awards as a football player with the Yellow Jackets. In 2000, Hamilton entered the National Football League Draft. Joe was picked up by the Tampa Bay Buccaneers as the 234th overall pick. After a few seasons with the Buccaneers, Hamilton played with the Frankfurt Galaxy in Frankfurt, Germany. Hamilton later played for the Indianapolis Colts and the Orlando Predators. 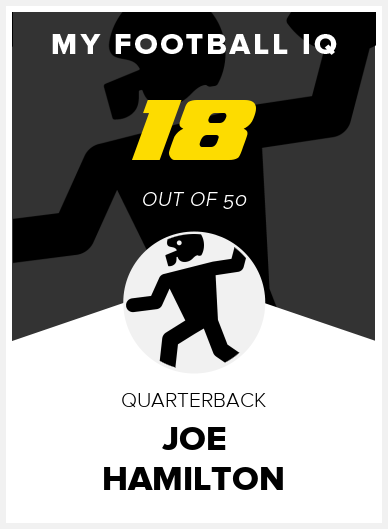