Josh Betts is a former professional football player with a Wonderlic Test Score of 33. Betts was born on August 25, 1982 in Vandalia, Ohio. He played high school football as a teenager. After high school Betts played college football for Miami University in Oxford, Ohio. After college at Miami University, Betts entered the 2006 National Football League Draft but he was not drafted. He was eventually signed by the Indianapolis Colts. Betts was later waived from the Colts team. He later re-signed with the Colts and played in Indianapolis a few seasons. After leaving the Colts, Betts signed with the Hamilton Tiger-Cats. He was released by Hamilton in 2009. 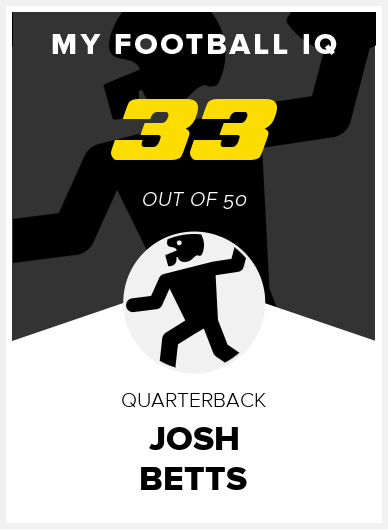