John Dutton is a retired professional football player. Dutton has a Wonderlic Test Score of 35. Dutton was boron in Newport Beach, California, on September 30, 1975. John attended Fallbrook Union High School in California. During his high school career Dutton passed for 2,056 yards his senior year. After high school Dutton attended the University of Texas at Austin. Dutton later transferred to the University of Nevada. While at the University of Nevada, Dutton helped his team win two Big West Championships. The University of Nevada also won the 1996 Las Vegas Bowl. After college Dutton entered the 1998 National Football League Draft. John was signed by the Miami Dolphis as the 172nd overall pick, however he was eventually released. Dutton went on to play for many other teams before retiring. 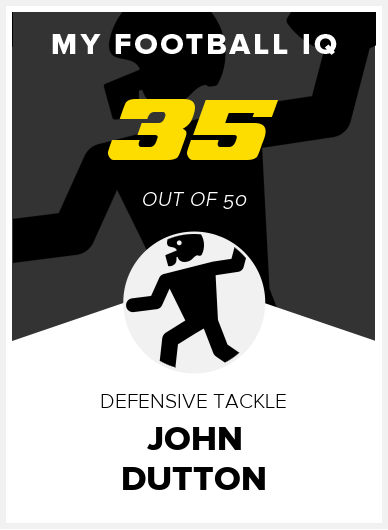