John David Booty was Louisiana born, and he played his college ball at the University of Southern California. While there, he threw for more than 6,000 yards and picked up 58 touchdowns in the process. With a Wonderlic Test Score of 14, Booty open stated on national television in 2008 that he wanted the Minnesota Vikings to draft him. One week later, that draft pick came to pass. In fact, Booty never played a regular-season down for the Vikings, and he never made an NFL team's final roster. Nonetheless, he is a success in life. 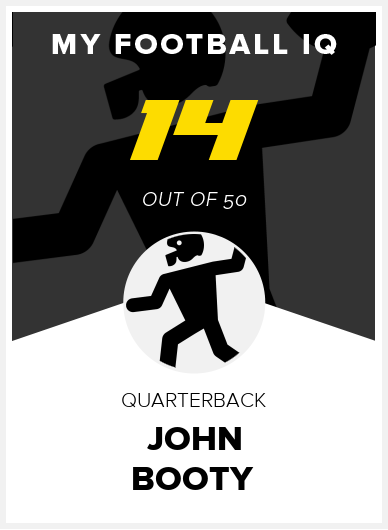