Jevan Snead is a retired professional football player. Snead has a Wonderlic Test Score of 22. Snead was born in San Angelo, Texas, on September 2, 1987. Snead played high school football in Stephenville, Texas. After graduating from high school Snead played college football for the University of Texas at Austin. Snead eventually transferred to the University of Mississippi Rebels. After college, Snead entered the 2010 National Football League Draft, however he was not drafted. Snead eventually signed with the Tampa Bay Buccaneers in 2010, but he was later released. In 2011 Snead signed a deal with the Tampa Bay Storm, however he was released from the Storm a few months after signing. Jevan currently lives and works in the San Antonio area. 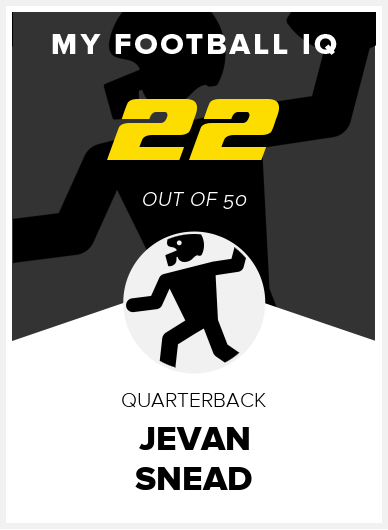