Kevin O'Connell was born in Knoxville, Tennessee in 1985. His parents included a father who was a former FBI agent. Perhaps this accounts how he got a 24 on his Wonderlic Test Score. Kevin O'Connell went on to letter in both football and basketball during high school in Carlsbad,CA. He graduated from San Diego State University in 2007 where he was a four-year team captain starting in 21 games and played in both the Hula Bowl and East-West Shrine Game. He was drafted by the New England Patriots in 2008 in their third round 94th overall. Kevin O'Connell has also been a member of the NFL's Detroit Lions, Miami Dolphins, New York Jets, and also the San Diego Chargers. 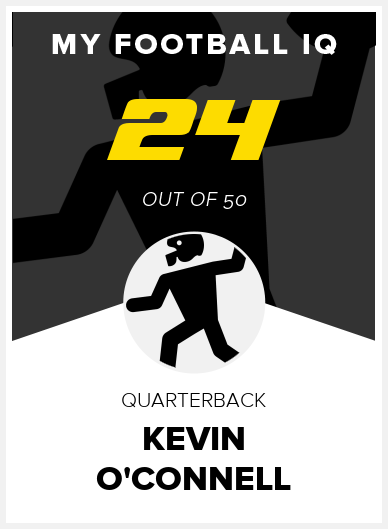