Eric Moulds was a professional football player that played wide receiver for three different teams in the NFL, including the Buffalo Bills, Houston Texans, and Tennessee Titans. Moulds was a very productive college player at Mississippi State University and was drafted in the first round of the 1996 NFL Draft. Prior to the draft, Moulds had a good combine performance, which included getting a Wonderlic test score of 11.

Moulds was drafted by the Buffalo Bills and was an immediate contributor. He is one of the all-time receiving leaders for the Bills and was named to the NFL Pro Bowl three different times. His best year came in 1998 when he led the AFC in receiving yards, which helped the Bills make the playoffs. 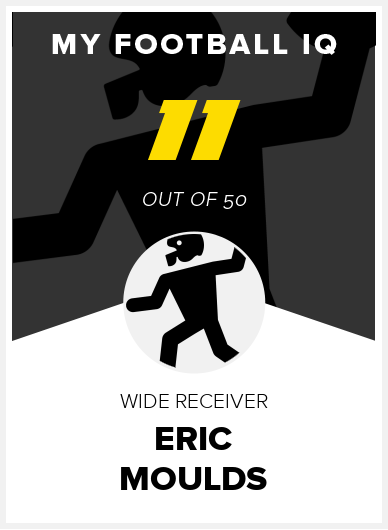