Eddie George started his football playing career at The Ohio State University, spanning from 1992 to 1995. George rushed for 1,927 yards and 24 touchdowns during his senior campaign that won him a Heisman Trophy. George was drafted by the Tennessee Titans in the 1996 NFL Draft, despite a relatively low Wonderlic test score of 14. George rushed for 10,441 yards and 78 touchdowns in his eight-year professional career, averaging 3.6 yards per carry. Eddie George was elected to the College Football Hall of Fame in 2011 and his since earned a master's degree from Northwestern University. 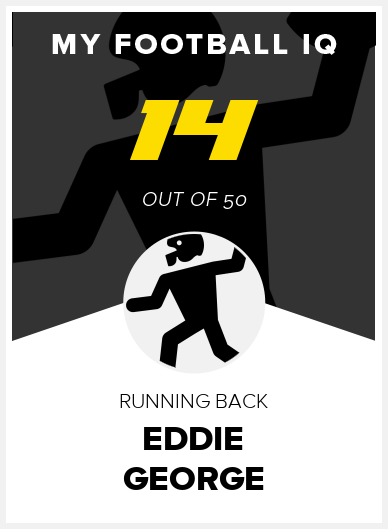