Dennis Dixon is a former professional football player that is best known for the four years that he spent with the Pittsburgh Steelers as a backup quarterback. In that time period he was a member of two different Super Bowl winning teams. Dixon also spent some time as a practice squad member with the Baltimore Ravens and Buffalo Bills.

Dixon was a star player for the Oregon Ducks, where he was named an honorable All-American and won a number of different awards. Dixon was not considered a true pro-style quarterback when entering the NFL, but he showed a considerable amount of talent at the NFL combine. His achievements at the combine included getting a Wonderlic test score of 29. 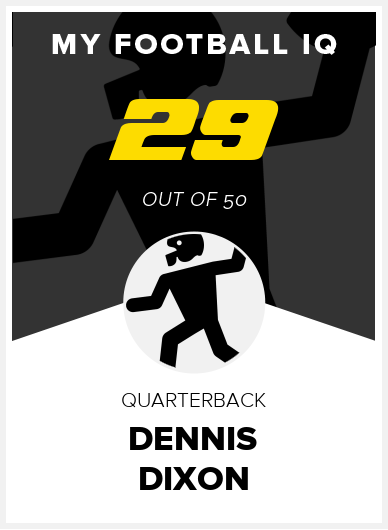