With a Wonderlic Test Score of 31, Todd Bandhauer played for the Iowa State Cyclones from 1995 to 1998. As head quarterback for the team, he racked up 20 touchdown passes, 5 of which were in just one game, in 1997 to take over the school record. Todd Bandhauer ended his career with 5,235 passing yards, with a total of 43 touchdowns during his collegiate career, 20 of which were earned during the 1997 season. While his moves on the field are quite impressive and he has the stats to back it up, he also managed to receive a Wonderlic Test Score of 31. 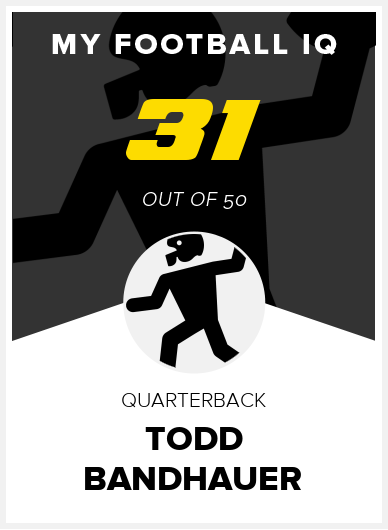